Turner’s Syndrome is a genetic condition affecting approximately 1 in 2,500 females in which some or all of the second X-chromosome is missing in either some or every cell in the body (hence the reason it only affects females).  My parents found out that I had it when I was still in the womb but in some cases it is not diagnosed until after birth.  The symptoms vary depending on which cells are affected but commonly include short stature, extra folds of skin around the neck (called webbed neck), hearing loss, an increased amount of moles, heart problems, kidney problems, digestive issues, underactive thyroid, low muscle tone, and lack of normal sexual development due to premature ovarian failure.  As such, I have to take HRT or hormone replacement therapy.  Interestingly enough, there may be a link to long term HRT use and Crohn’s Disease. 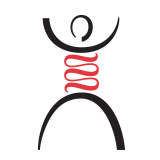 Crohn’s Disease is a form of Inflammatory Bowel Disease.  It is an autoimmune condition in which the body attacks the cells of the gut wall, mistaking them as foreign.  This causes inflammation which can lead to ulcerations, abscesses, fistulas, strictures or narrowed areas of bowel, bowel obstructions and in serious cases bowel perforation.  Symptoms include diarrhea or constipation, nausea, abdominal pain, and weight loss.  Unlike the other form of IBD, Ulcerative Colitis, Crohn’s is not limited to the colon but can appear anywhere in the digestive tract from the mouth to the anus.  Treatments include immune suppressant medications, diet and lifestyle modifications and in some cases, surgery.  It is estimated that there are 270,000 Canadians living with some form of inflammatory bowel disease (IBD).